DUET WITH THE GUITARIST THIBAUT GARCIA

Creation of Lidia, a composition by Thibaut Perrine for guitar and accordion in June 2021

« Thus the three planes of the air-mail service, from Patagonia, Chile, and Paraguay, were converging from south, west, and north on Buenos Aires. Their arrival with the mails would give the signal for the departure, about midnight, of the Europe postal plane. Three pilots, each behind a cowling heavy as a river-barge, intent upon his flight, were hastening through the distant darkness, soon to come slowly down, from a sky of storm or calm, like wild, outlandish peasants descending from their highlands. Riviere, who was responsible for the entire service, was pacing to and fro on the Buenos Aires landing-ground. He was in silent mood, for, till the three planes had come in, he could not shake off a feeling of apprehension which had been haunting him all day. »

Them, the unclassifiables, tools of a perpetual transgression, the one from pre-established musical borders and stylistic received ideas ;

Them, the transportable polyphonics, the only ones or almost, sometimes singing, sometimes harmonizing, so similar but yet so different ;

Them, the guitar and the accordion have a common history they can share, they even have a pleiad of shared stories. That’s what make them typical, their multiple facets, their mixed roots, their still unwritten futures…

Thibaut Garcia and Félicien Brut met by chance, almost by accident, and as often chance has done things well.

They immediately had a good chemistry, and they gave birth to new ideas. France, Spain and South America, fertile land for their respective instruments, symbolic lands of their personal journeys, inspired them this program, made them want to tell a story together, their stories.

Saint-Exupéry used to juggle with words, our two accomplice will juggle with notes but invit you, them also, to a captivating Night Flight…

Thibaut Garcia, the Franco-Spanish guitarist, was born in 1994 in Toulouse, where he began learning the guitar at the age of seven. He then won the guitar prize in the class of Paul Ferret. At the age of 16, he was admitted to the Conservatoire National Supérieur de Musique et de Danse de Paris, in Olivier Chassain’s class, while at the same time benefiting from the guidance of Judicaël Perroy.

At the age of 16, he was awarded the First Prize at the Ana Amalia competition in Weimar, Germany. Since then, he has won the first prize in several international competitions, in particular the Guitar Foundation of America at Oklahoma City, USA, in 2015, the José Tomas at Petrer, Spain, in 2014, and the International Competition of Seville, Spain, in 2013. Since then he has been asked to sit on their juries and to give master-classes. In 2015, he was named sponsee of the Académie Charles Cros. In 2019, he was named ‘Instrumental Revelation’ at the Victoires de la Musique Classique.

Thibaut Garcia is now being invited by the greatest guitar festivals worldwide: Australia, Canada, Spain, Finland, Switzerland, Belgium, Germany, France, Italy, Montenegro, Chili, New- Caledonia, the USA, Brazil, Argentina, Mexico, Romania, Russia… Since September 2016, he has been on tour in the USA and Canada, where he gave over 60 recitals during the entire season. He also performs recitals at the Festival Radio France Occitanie Montpellier, the Festival Toulouse d’Eté, the Auditorium de Bordeaux, the Konzerthaus Vienna, the Concertgbouw in Amsterdam, the Tchaikovsky Hall in Moscow, the Salle Bourgie at Montréal, the Centre de Musique de Chambre de Paris Salle Cortot, the Auditorium of the Musée d’Orsay, or the Grands Interprètes of Toulouse, the Festival Musiq’3 in Brussels, at the Seine Musicale…

In 2017, Thibaut Garcia is nominated BBC New Generation Artist, which leads him to perform in recitals and in concerto in the UK. That year he notably made his debut in London’s Wigmore Hall.

In 2016, he signed exclusively with Warner Classics/Erato for his recording projects, with a first release Leyendas. His second album, Bach Inspirations, was released in the fall 2018. 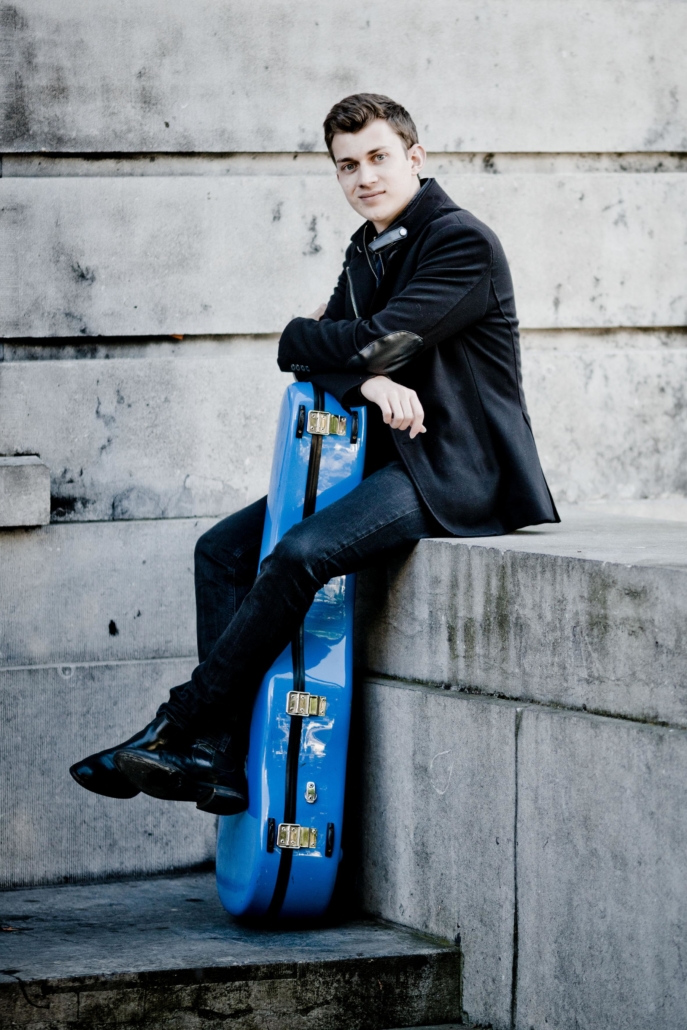